We are asking for the participation of citizens to locate bat colonies and count the number of bats living in them. These important pieces of information will help us to monitor and develop strategies to conserve these important animals.

In 2006, a European fungus that causes white-nose syndrome (WNS) in bats was introduced into North America. This fungus is causing the most drastic decline of a group of animals that has ever been observed. In only a couple of years, WNS has decimated populations of cave-dwelling bats. In response, the Canadian Government has listed little brown (Myotis lucifugus), northern long-eared bats (Myotis septentrionalis), and tri-colored bats (Perimyotis subflavus) as endangered species. The population crash of bats may have serious consequences on the structure of food chains and ecosystems. In light of the threats facing bats, it is critically important to monitor bat populations.

Do you know of a building or bat house where bats are living? We are asking for the public’s participation to help us identify bat colonies and carry out counts of those colonies in order to monitor bat population trends. In addition to gaining information on previously existing bat colonies, we also aim to encourage private citizens and schools to set up bat houses. After, the bat house has been installed, we encourage you to upload the location of the bat house and then monitor it over time to determine whether or not it becomes occupied. In order to upload the location of the bat house, you will need to register, login, and then click on “Add a bat house” under the Participate tab. By having people upload and track bat houses, researchers will gain insight into the factors that cause bats to occupy these houses. To participate:

Thank you for contributing to this project by uploading information about bat colonies. This website is collaborative effort among researchers in Québec, Ontario, Manitoba, Saskatchewan, Alberta and Yukon. 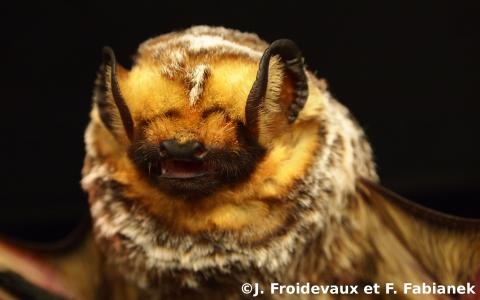 Bats can be easily observed, but please do not touch them because like many other wild mammals, they may carry rabies. 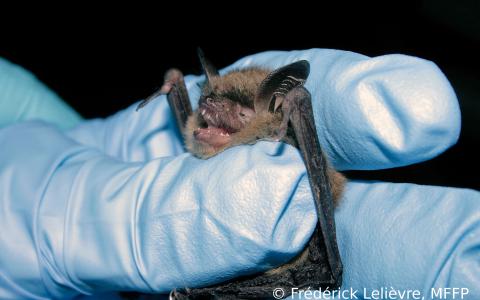 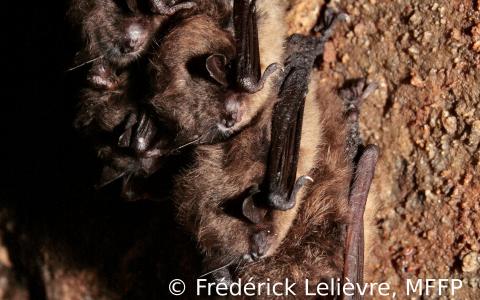